Phil  Rogers is an American general assignment reporter working at NBC5 News since he joined the team in December 1991. Before joining NBC5 News he was working as a reporter at  WMAQ-TV.

Phil  Rogers is an American news reporter working at NBC5 Chicago. He joined the station in December 1991. Before joining NBC5 News he was working as a reporter at  WMAQ-TV.

When it comes to education, he earned a Bachelor of Science degree in Journalism and graduated from Oklahoma State University.

Rogers serves at NBC 5 Chicago as a general assignment reporter. He has reported for NBC5 throughout the United States and from around the world. Rogers spent two months in Kuwait and southern Iraq at the outset of the war in Iraq. Rogers reported from the aircraft carrier USS Abraham Lincoln and the guided-missile cruiser USS Shiloh during the Iraqi oil embargo in the Persian Gulf, was at the Pentagon in the aftermath of 9/11, and aboard the USS Theodore Roosevelt when it departed for Afghanistan.

Previously, he covered the 1991 Gulf War from Tel Aviv and has twice returned to Israel for stories focusing on security concerns of Chicagoans living in Israel and the West Bank. In May of 2006, he accompanied Mayor Richard Daley to Israel and Jordan.

He reported from the aircraft carrier USS George Washington en route to Bosnia, and the nuclear submarine USS Chicago at sea in the Pacific. Rogers recently took viewers to the U.S. Submarine Base in Groton, CT, where construction is underway on the new USS Illinois.

Rogers also reported extensively from Washington during the impeachment of President Clinton, Rod Blagojevich, and on the corruption scandals in the administrations of Illinois Governors George Ryan. Blagojevich did his last interview with him, minutes before entering federal custody. He has been at the scene of most major air disasters in the last two decades. Rogers flew with the U.S. Navy Blue Angels at their training center in El Centro, California, and jumped with the Army Golden Knights skydiving team and experienced zero gravity on a “vomit comet”.

Rogers showed viewers how to fly the space shuttle from the NASA astronaut training center in Houston, flew with former astronaut Jim Lovell to inspect restoration progress on Lovell’s Gemini 12 spacecraft and in the fall of 2005.

Prior to joining WMAQ-TV, he spent 14 years at WBBM Newsradio. Before coming to WBBM, he was a reporter at KOMA-AM in Oklahoma City from 1977-79; Rogers started his career as a reporter, and news director at KVRO-FM in his hometown of Stillwater, Ok. He is a multiple Emmy Award winner, including a National Emmy for NBC-5’s coverage of the Burr Oak Cemetery scandal in Chicago. 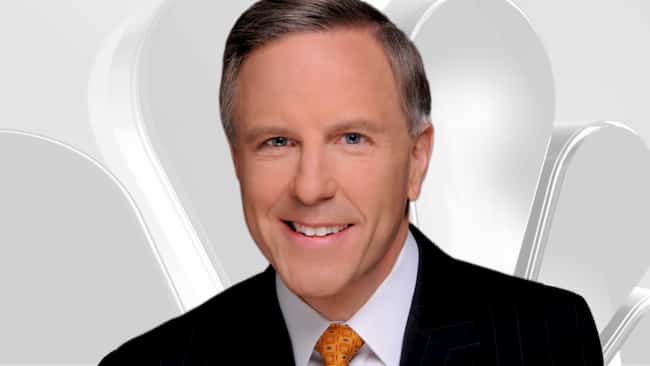 Rogers is a five-time winner of Best Reporter honors from Associated Press and United Press International. Rogers won a prestigious Edward R. Murrow Award for his investigative reporting on security at O’Hare Airport. And is a 3-time winner of the Peter Lisagor Award from the Chicago Headline Club.

Rogers’ age is not known. He was born and raised in Miami, United States but has not revealed the month and date she was born. However, he might be in his 70s.

Rogers stands at an approximate height of 5 feet 8  inches.

Information regarding Rogers’ parents and siblings is currently under review. However, the information will be updated as soon as it’s available.

Roger is a married man and the couple is blessed with two daughters. However, there is no more information known concerning his family.

Rogers has an estimated net worth of between $1 Million – $5 Million which he has earned through his successful career as a general assignment reporter.

At NBC5 News Rogers works alongside;