Miya Shay is an Asian Emmy award-winning reporter and anchor working for ABC13. She joined the station in December 2002.

Miya Shay is an Asian Emmy award-winning reporter and anchor working for ABC13. She joined the station in December 2002.

Shay attended Syracuse University where she later graduated with a degree in Broadcast Journalism and a minor in Asian History.

Shay is an Emmy award-winning reporter and anchor at ABC13. She joined the station in December 2002. She focuses on covering the breaking news story of the day and the Houston City Government. Shay has served as a TV reporter in Kansas, New York, Michigan, as well as in Alabama. The cities snow from November to May.

Throughout her tenure since joining ABC13 in 2002, she has reported every story possible. She followed Houston’s Mayor as well as Houston Rockets to China three times for ABC13. Shay’s travel to Japan, Korea, and Brazil, and covering the 2008 Presidential election are her memorable assignments. Not long ago in 2017, she reported the 2017 Presidential Inauguration in Washington, D.C.

Shay likes to be involved in community work, she usually serves as MC for sorts of events. She intervened in a number of community panels. During her free time, she loves trying new foods, scuba diving, as well as traveling to new places.

At ABC13 Simon works alongside;

Shay stands at an approximate height of 5 feet 4 inches.

Shay was born in China to her parents. She has not disclosed much about her family. Information will be updated once available. 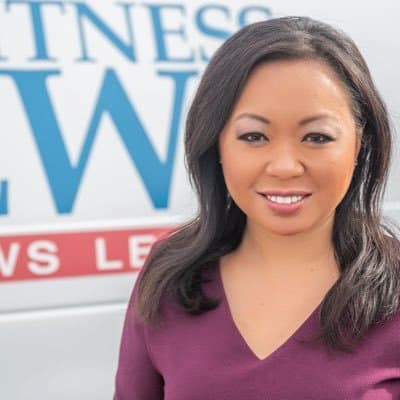 Shay has an estimated net worth of between $1 Million – $5 Million which she has earned through her successful career as a reporter and anchor.