Lucy Bustamante is an American News Anchor/Reporter working for WCAU – NBC 10 in Philadelphia. She joined the station in September 2018.

Lucy Bustamante is an American News Anchor/Reporter working for WCAU – NBC 10 in Philadelphia, Pennsylvania. She joined the station in September 2018. 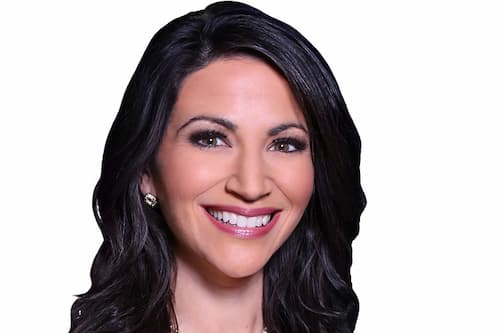 Bustamante serves at NBC 10 as a bilingual morning news anchor. She also serves as a breaking news anchor for Telemundo62. She is fluent in both Spanish and English. Lucy is the daughter of Cuban refugees who came to the U.S. in 1969. She was born in New Orleans a place where she also grew up, her family only spoke Spanish. Bustamante earned a bachelor’s degree in Communications from Loyola University. She is a bilingual anchor speaking both Spanish and English, she learned these skills as a child.

Bustamante spent time in her teenage days volunteering at the now-closed Cabrini Convent for retired nuns in Radnor Township, Delaware County. It served as a nursing home for the Missionary Sisters of the Sacred Heart. Before coming to NBC10, Lucy worked at WVEC-TV in Norfolk, Virginia as the weekday morning and noon anchor.

She also worked at WVXX-FM as a daily weekday morning news anchor for La Selecta 103.3. This is a Spanish-language radio station. Even before that, Lucy worked at WWL-TV in New Orleans where she served as an evening anchor. Lucy and her coworkers worked for three months nonstop where they covered the devastation post-Hurricane Katrina.

Bustamante has won two Emmys and in addition, she was honored in June 2019 for anchoring the explosion of the Philadelphia Energy Solutions plant in South Philly. Lucy received many Associated Press awards for being the best anchor. She also won three regional Edward R. Murrow awards in 2011, these were because of writing a documentary that explained the Affordable Care Act in Virginia. In 2004, Bustamante also received an Emmy for breaking news in New Orleans and a Peabody Award for coverage of Hurricane Katrina in 2005.

Prior to that, Lucy traveled to Cuba where she covered the first gubernatorial trade trip between Louisiana and Havana. With the late Regis Philbin and Kelly Ripa, Lucy also co-hosted LIVE.

Furthermore, Lucy is the former and founding President of the Philadelphia Chapter of the National Association of Hispanic Journalists. She has been involved with the Naval Officers Spouses Association. In addition, Lucy is in the NBC Universal Veterans network.

How tall is Lucy Bustamante? Bustamante stands at a height of about 1.65 m.

Information regarding Lucy’s parents and siblings is currently under review. However, the information will be updated as soon as it’s available.

Bustamante is happily married to a Navy Veteran husband Ricky. Together the couple has been blessed with four children inclusive of twin boys named Reese and Alex who were born on January 12, 2014. She resides in Havertown together with her family.

Bustamante has an estimated net worth of between $1 Million – $5 Million which she has earned through her successful career as a news anchor.

At NBC10 Bustamante works alongside;