Kontji Anthony is an American news reporter/anchor who is well-known for having worked at WMC-TV in Memphis, Tennessee.

Kontji Anthony is an American news reporter/anchor who is well-known for having worked at WMC-TV in Memphis, Tennessee. She joined WMC in September 2017, and her last day was April 15, 2022. 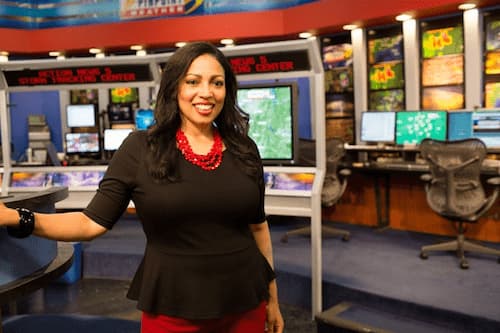 Anthony serves at WMC Action News 5 as an Evening News Anchor. On Wednesday, March 9, 2022, Anthony announced that she will leave WMC Action News 5 in about a month. She stated that it will be a total of 17 years at the station. True to her words, April 15, 2022, was her last day at WMC. Anthony’s next stop is unknown at the moment.

Kontji began her broadcasting career as a host for her high school television station when she was 17 years old. She has worked for television news stations all around the country, both behind and in front of the camera. Kontji’s first employment in television news was with WCBS in New York, where he worked as an assignment desk assistant and field producer. Her first employment as a television reporter was at KTVO-TV in Kirksville, Missouri, where she videotaped and edited her own stories.

Anthony went on to work as a reporter/anchor for KBAK-TV in Bakersfield, California, and then as a general assignment news reporter for Good Day Sacramento, where she also contributed to The Stockton Record newspaper. She was the morning and noon anchor at WNCT-TV in Greenville, North Carolina, where she also worked as a radio news commentator and hosted the local DIY Network home renovation show “Do It Yourself Eastern Carolina” before joining WMC-TV.

Anthony is a member of the Alpha Kappa Alpha Sorority, Incorporated, the National Association of Black Journalists, and the National Academy of Television Arts and Sciences. She is a proud graduate of Howard University’s School of Communications.

Anthony was born on  October 7 1971 in New Rochelle, New York. She is 50 years old as of 2021. Anthony celebrates her birthday on the 7th of October every year.

Anthony stands at an approximate height of 5 feet 7 inches.

Kontji is the daughter of Doris Anthony (mother) an African American and John Ashton Anthony (father) a Nevisian from Nevis. She has three siblings, Aurora Anthony-Gross, Lisa Anthony-Curvin, and Johnita Anthony- Gefell.

Anthony is in a relationship with world-renowned producer David Porter. The two are however not married.

Anthony has an estimated net worth of between $1 Million – $5 Million which she has earned through her successful career as a reporter and anchor.