John Davidson (Full name- John Hamilton Davidson) is an American actor, singer, and game-show host best known for hosting That’s Incredible!, Time Machine, and Hollywood Squares in the 1980s, and a revival of The $100,000 Pyramid in 1991.

Davidson stands at an approximate height of 6 feet tall.

Davidson was born to two Baptist ministers in Pittsburgh, Pennsylvania, and graduated from high school in White Plains, New York. He then proceeded to Denison University. Davidson considered following in the footsteps of his parents but ultimately decided that he would rather sing about love than preach it.

Davidson divorced in 1982, after 13 years of marriage, from singer Jackie Miller. She was once a part of the folk duo Jackie and Gayle. The couple had two children (John Davidson Jr., who often appeared with his father on later versions of Hollywood Squares, and Jennifer Davidson Kane).

Davidson is currently with his second wife and former backup singer, Rhonda Davidson (née Rivera), (since 1983). Together, they have a child of their own, Ashleigh Davidson. Furthermore, the couple now lives primarily in New Hampshire.

John Davidson worked with real estate promoter Dave Del Dotto’s paid programs during the late 1980s and early 1990s. They were notable for taking place in outdoor, scenic settings (such as Hawaii), and for having the actor as host.

These “infomercials,” as they have come to be called, often appeared on late-night television and were a staple for years on many cable channels. This was so until the FCC filed a complaint against Del Dotto in 1995, alleging that in his paid programs, Del Dotto had “made false and unsubstantiated representations.”

John Davidson is an American singer, actor, and television personality who was born in Pittsburgh, Pennsylvania in December 1941. He has an estimated net worth of $2 million. 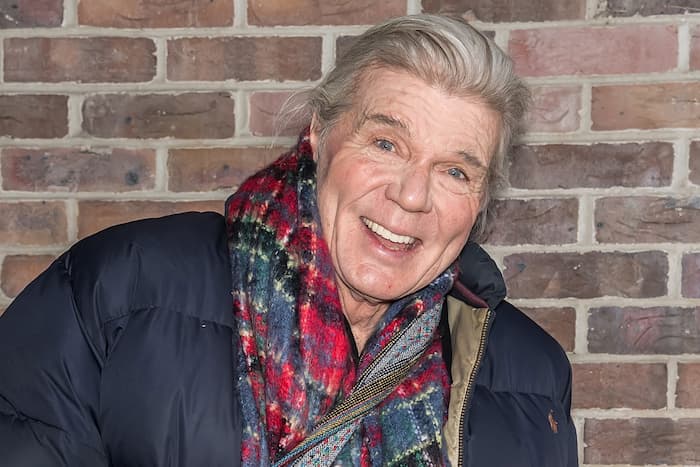 John Davidson made his film debut in The Happiest Millionaire, released in 1967, alongside Lesley Ann Warren and Fred MacMurray. The next year saw Warren and Davidson co-star again in The One and Only, Genuine, Original Family Band. Davidson was the mystery guest on What’s My Line? in 1969, with host Wally Bruner at the time. Davidson’s Career was managed by Alan Bernard. Bernard is a former manager of Andy Williams and one of the B’s from BNB the largest personal management firm in the 1970s.

Davidson told the national television audience that he appeared as an underwear model in the 1959 Sears catalog, during an appearance on the game show Scrabble in 1987. He would have been 17 at the time. Davidson made his Broadway debut in the 1964 production of Foxy, which starred Bert Lahr. He also appeared at State Fair in 1996.

Davidson was present at the Beverly Hills Supper Club fire in Southgate, Kentucky in 1977. He was backstage expected to appear onstage as the headline act the evening the fire broke out, killing 165. Davidson helped others escape before fleeing through a back door. Davidson’s then–music director, Douglas Herro, was among the victims. Davidson was not injured and later participated in a charity concert to raise funds for the families of fire victims.

Although Davidson is the son of two Baptist ministers, he now identifies as an atheist. He declared himself “openly secular” in a video for the Openly Secular Coalition started by the Richard Dawkins Foundation for Reason and Science, the Secular Coalition for America, and other humanist groups.

John Davidson has recorded 12 albums with none charting on Billboard’s Hot 100, a failure he has attributed to his not being a good studio singer) and performed in various musicals. His album CD John Hamilton Davidson Is a Funny Guy was released in late 2006 to show both his skills at comedy and singing. He acted in many movies including The Happiest Millionaire (1967), The One and Only, Genuine, Original Family Band (1968), Coffee, Tea, or Me (1973), The Concorde … Airport ’79 (1979), Dallas Cowboy Cheerleaders II, (1980) and Edward Scissorhands (1990).