David Finfrock is an American meteorologist who is currently the NBC5 Senior Meteorologist in Dallas-Fort Worth with more than 40 years forecasting TX weather.

David Finfrock is an American meteorologist who is currently the NBC5 Senior Meteorologist in Dallas-Fort Worth with more than 40 years forecasting TX weather. He has been in the station since 1975.

Finfrock joined NBC 5 after spending time as a field researcher on the Juneau Icefield Research Program in Alaska. He has been honored with a Katie Award for Best Weathercast in Texas by the Dallas Press Club. He was as well honored with the Fort Worth Star Telegram’s Viewers Choice Award for Best Meteorologist. In both 2006 and 2007, Finfrock has been honored as a finalist for Emmy and Katie Awards for the work he did as a documentary host.

He was awarded an Emmy for the weather special, “Tracking Texas Weather”, the other one for his work on NBC 5’s 65th Anniversary special.  A “Silver Circle” Emmy award, was awarded to him for career achievement what is now more than 40 years of on-air work.

He is a member of the Advisory Board at the Center for Greater Southwestern Studies at the University of Texas Arlington, a professional member of the American Meteorology Society and on the Board of the Audubon Society’s Dogwood Canyon Preserve in Cedar Hill. For more than 15 years, he has been a volunteer for Habitat for Humanity and has delivered Meals on Wheels.

When he is not at work, he enjoys participating in walks and runs for various charitable organizations, and is a keen nature conservationist. His hobbies are camping, gardening, traveling, genealogy, and antique maps. Currently, he is the editor of the newsletter for the Texas Map Society.

His vacations sometimes change into unusual territory.  He has traveled to Iceland, Alaska, Easter Island, Antarctica, and Mongolia. His other vacations were mostly spent as a volunteer.  Together with the Earthwatch organization, Finfrock has spent time doing ecological and archaeological research. He has done volunteer work with the Sierra Club in National Parks, including the Guadalupe Mountains and Big Bend here in Texas, removing barbed wire fencing, repairing trails, and cleaning up trash dumps many weeks of his vacation time. 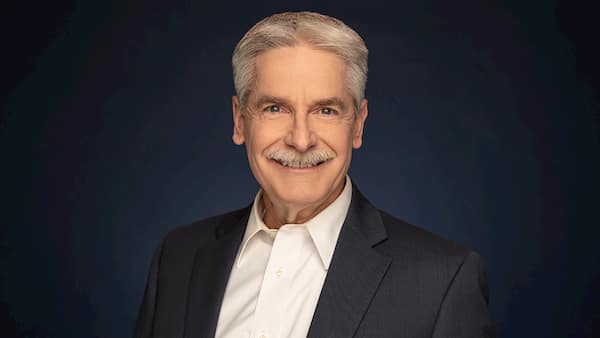 Finfrock stands at an approximate height of 5 feet 8 inches.

Finfrock is married to Shari and the couple is blessed with two children, Jennifer and Ryan. He has three grandchildren, Lauren, Emily, and Kyla, whom he has great pleasure in spoiling at every opportunity.

Finfrock has an estimated net worth of between $1 Million – $5 Million which he has earned through his successful career as a meteorologist.

Finfrock got bitten by a rattlesnake while he was out enjoying the cool fall temperatures early Monday.

He was bitten on the leg while he was volunteering at Dogwood Canyon Audubon Center in Cedar Hill pulling ragweed.

“It must not have injected much venom and doesn’t hurt much,” He posted on Twitter.

Finfrock was treated at an emergency room, where he was kept under observation.

The snake wasn’t the first Finfrock has encountered, he said on Twitter.

“I have had a lot of rattlers warn me away in the past,” Finfrock said. “But not a sound from this one. I guess it was cold.”

At NBC 5 Dallas-Fort Worth, Finfrock works alongside;