Dan Thomas is an American Certified Broadcast Meteorologist working for WSMV-TV – News4 in Nashville. He joined the WSMV team in August 2006.

Dan Thomas is an American Certified Broadcast Meteorologist working for WSMV-TV – News4 in Nashville, Tennessee. He joined the WSMV team in August 2006. 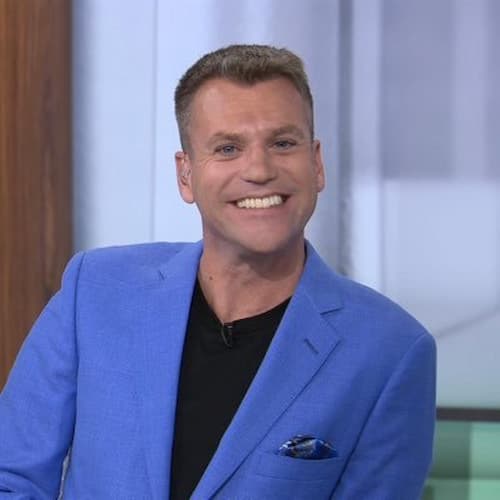 Dan’s interest in weather led him to earn bachelor’s and master’s degrees in meteorology from The Pennsylvania State University. He worked as a part-time on-air meteorologist for WPSX-TV while at Penn State. He also enlisted in the Air Force Reserve Officer Training Corps, and upon graduation, he was commissioned as a lieutenant.

Dan joined the military after graduation at Moody Air Force Base in Valdosta, Georgia. He was sent to the Middle East to brief pilots on weather conditions for training missions over Iraq’s no-fly zone. In the fall of 2000, he completed his active duty military service as a captain, commanding a 15-person weather operations team at Vance Air Force Base in Enid, Oklahoma. Dan began his full-time career in television after serving in the military, as the morning meteorologist for KHBS/KHOG-TV in Fort Smith/Fayetteville, AR. He chased and tracked severe thunderstorms across western Arkansas and eastern Oklahoma for the next two years.

Dan moved from tornado alley to “hurricane central,” New Orleans, in early 2003 to work as a broadcast meteorologist for NBC affiliate WDSU-TV. He covered more than a half-dozen hurricanes and tropical storms that hit the southeast United States during his time there. The Louisiana Associated Press awarded him “First Place for Breaking Weather” for his coverage of Hurricane Frances in 2004. Dan’s coverage leading up to and during Hurricane Katrina was particularly noteworthy. During the final hours of preparation and the first hours of impact, Dan warned viewers of the impending devastation.

On the 11th floor of the Hilton Hotel in New Orleans, he weathered the storm. The room started creaking eight hours before landfall, according to Dan. Due to the increasing wind, the hotel beds began to shake two hours before landfall. Dan and several coworkers were forced to flee to the hotel lobby for safety reasons. As floodwaters rose and crime increased the following day, Dan and his remaining coworkers were evacuated to a sister station in Orlando, FL, where they stayed for the next two months. Dan moved to Nashville in August 2006 and joined the WSMV team.

Dan was certified as a Certified Broadcast Meteorologist by the American Meteorological Society in May 2009, which required him to pass stringent testing and standards. As a recipient of this certification, he joins 4WARN Meteorologist Lisa Spencer. WSMV is Nashville’s only television station with two CBMs.

Dan stands at an approximate height of 5 feet 7 inches.

Information regarding Dan’s parents and siblings is currently under review. However, the information will be updated as soon as it’s available.

Dan is married to Deanna, a former reporter at WSMV, and currently the city of Brentwood communications director. The couple has two children, Sadee and Hudson.

Thomas has an estimated net worth of between $1 Million – $5 Million which he has earned through his successful career as a Certified Broadcast Meteorologist.

At News4 Thomas works alongside;