Cheryl Scott is an American Meteorologist currently working for ABC7 Eyewitness News, Chicago since joining the station in December 2014.

Cheryl Scott is an American meteorologist working for ABC7 Eyewitness News, Chicago. She has been working for the station since December 2014. 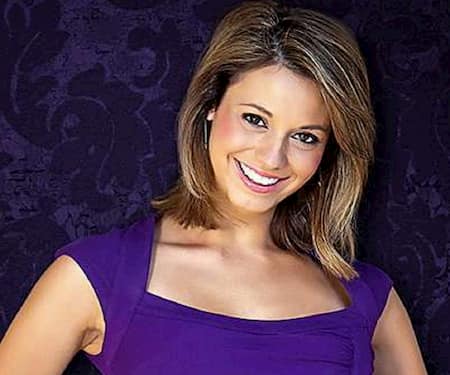 Scott attended Brown University where she graduated in 2007 with a Bachelor’s Degree in Geological Sciences. She then attended Mississippi State University, where, in 2010 she received her Meteorology Certification.

Scott is a meteorologist who prior to joining ABC 7 News, Scott worked at NBC 5 in Chicago where she was the morning and weekend meteorologist since September 2011. Before that, she worked as a weekend meteorologist for the NBC affiliate in Knoxville, Tennessee, WBIR-TV. In April 2011, Scott was on the air when several tornadoes devastated Knoxville. Apart from serving as an important source for updating viewers on storm developments while providing critical safety information, Scott also volunteered her time working with the Red Cross following the disaster.

Before WBIR-TV, she worked as the weekend weathercaster at WSEE-TV in Erie, Pennsylvania, in 2007 while also giving forecasts for a 24-hour Caribbean Weather Channel.

In 2006, Scott got her start as an intern at WCAU-NBC 10 in Philadelphia, Pennsylvania. Currently, she is on the Board of Directors of the American Red Cross. When Scott is not working, she loves to watch movies, travel, spend time outdoors, and play with her Beagle Lola. Although she doesn’t run track anymore, Scott still enjoys working out and watching a lot of NFL/NHL/MLB.

Scott stands at a height of 5 feet 6 inches tall and weighs about ‎56 kg.

Scott is the youngest child of her mother Marie Picciano and has two older brothers; they are Kevin and Brian. Her father passed away about twelve years ago after living most of his life as an alcoholic. She shared a photo of her mother and grandfather on mother’s day in May 2022 with the caption”Thank you for everything Mom…, especially all the love and support! Happy Mother’s Day to YOU (and to every mom)! @m.scott01 w/ my grandfather ?”

Scott is not yet married but is engaged to Dante Deiana who is an American entrepreneur and DJ and has been her long-term boyfriend. The couple got engaged on the 15th of July 2018 but have however not revealed when they plan to do a wedding.

Scott has an estimated net worth of $1 Million – $5 million which she has earned through her successful career as a Meteorologist.

Scott and her long-time boyfriend, Dante Deiana are engaged. On January 16, she shared a post of her hunting for her wedding dress which she did not say Yes to. The two are not yet married as of 1 June 2022 but their wedding is expected to take place any day soon for they have not publicized their wedding day. “Did I say yes to the dress?! Okay, truly…. ZEROooooo idea what kind of wedding dress I’ll fall in love with. HELP?. ?Ladies?, What’s your fave style ?! (Obv this is NOT the one but we’ve had a day trying on all the dresses). Can’t wait to reveal THE ONE!”

At ABC7 Chicago Scott works alongside;