Andrea Blanford is an American anchor/reporter working for ABC11 serving as an anchor. She joined the ABC11 Eyewitness News Team in June 2014 as a general assignment reporter and soon began serving as a fill-in anchor.

She is a graduate of UNC-Chapel Hill, where she attained her BA in Journalism and Mass Communication, and a second major in Political Science. Additionally, she served on the university’s cheerleading team all four of her years at Carolina.

Blanford is the weekend evening co-anchor of ABC11 Eyewitness News and reports for Eyewitness News at 4, 5, and 6 p.m. during the week. Ever since she came to the station, she has managed to enclose several stories that hit the headlines all over the U.S. For instance, she covered the 2016 presidential campaigns as well as the Charlottesville protests. Additionally, she also managed to cover the Charleston church shooting and Hurricanes Arthur and Maria that impacted the Carolina coast, and the aftermath of the historic downtown Raleigh fire.

Blanford had also worked for other stations prior to joining ABC11. For instance, she previously worked for WNCT-TV (CBS) in Greenville, NC where she worked for about four years enclosing the news “Down East.” She spent two of those years as WNCT’s morning anchor and noon anchor, producer. Her most memorable moment was cheering on Roy’s Boys at the 2009 National Championship in Detroit. Go Heels. During her undergraduate days at UNC, Andrea worked as an ABC11 I-Team intern. Whenever she is not working, she enjoys painting and spending time with her family and children.

Blanford’s age is not known for she has managed to keep her personal life private. It is therefore not known how old Blanford is or when she celebrates her birthday. However, she might be in her 30s.

Blanford stands at a height of 5 feet 7 inches tall.

Information regarding Blanford’s parents and siblings is currently under review. However, the information will be updated as soon as it’s available.

Blanford has been happily married to Steven Cameron Krasicky since November 8, 2014, at 3:30 p.m at Philips Chapel in Greensboro, North Carolina. The ceremony was officiated by Reverend Michael Owens. In addition, the reception was also held in Greensboro at Starmount Forest Country Club.Blanford and her husband reside in Raleigh, North Carolina along with their daughter named Parker James and son. 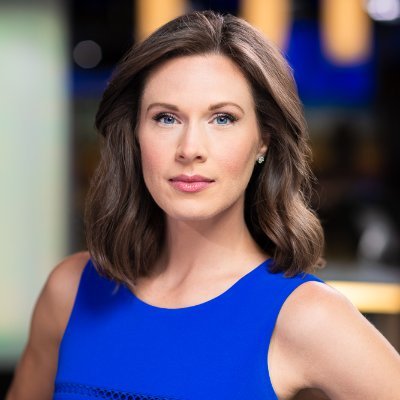